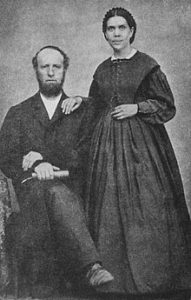 1. Because “it is also called Sunday from the old Roman denomination of Dies Solis, the day of the sun, to which it was sacred.” “Sunday was a name given by the heathens to the first day of the week, because it was the day on which they worshiped the sun.”

2. Because it is “in honor of the blessed Virgin Mary.”

3. Because “it is a day dedicated by the apostles to the honor of the most Holy Trinity.”

4. “Because Christ was born upon a Sunday.”

5. Because he “rose from the dead upon a Sunday.”

6. Because he “sent down the Holy Ghost upon a Sunday.”

7. Because “the work of our redemption was a greater work than that of our creation.”

8. Because “we have for it the authority of the Catholic Church and apostolic tradition.”

9. Because “Sunday is sanctified by hearing Mass.”

10. Because of a letter reported to have “come from Heaven to Jerusalem, and found at St. Simeon’s tomb.”

1. Because Christ rose from the dead on Sunday.

2. Because Christ sanctioned the first day by meeting with his disciples on the evening of that day. John xx,19,26.

3. Because the apostles met on the first day to break bread. Acts xx,7.

4. Because the apostles told them to make their collections on that day for the poor saints. 1Cor.xvi,1,2.
5. Because John was in the Spirit on the Lord’s day. Rev.i,10.

8. Because it is the law of our own country.

9. Because Sunday is the Christian Sabbath.

10. Because the “old fathers” say that some kept Sunday.

11. Because learned men and ministers, say it was changed.

12. Because some say that the day we now keep, is the seventh-day Sabbath.

13. Because the Lord only requires us to keep a seventh part of time.

14. Because nobody knows whether we are keeping the right day or not, as time might have been lost.

15. Because it don’t make any difference what day we keep if we are only sincere and honest.

16. Because it is customary, that is, fashionable.

17. Because the Lord has blessed me so many times on that day, therefore I think I ought to keep it.

18. Because I don’t like to be changing about so much.

19. Because all my neighbors keep it.

20. Because I have always kept it, and my friends before me, and some of them died happy, and I will run the risk of it, rather than change now.

21. Because our church keeps it, therefore I will.

22. Because there are so many new things, and winds of doctrine, and so many “Lo heres,” and “Lo theres,” that we don’t know what to believe, therefore I am agoing to stick to my old church.

These and many more unfounded and frivolous excuses, are framed up in favor of Sunday-keeping which are called by some, good and conclusive reasons for not obeying God’s holy Sabbath law: “The seventh day is the Sabbath of the Lord: “thus making the law of God void by their traditions.

How will such stand in the judgment, with such excuses in their mouths, before that God whose law they have broken, after having the light. Will it not be said, “thou art weighed in the balances, an art found wanting.”