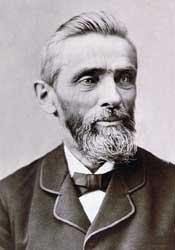 BRO. WHITE: The following questions I would like to have you give, or send, to Bro. Loughborough for explanation. W. W. Giles. Toledo, Ohio.

QUESTION 1. What serious objection is there to the doctrine of the Trinity?

ANSWER. There are many objections which we might urge, but on account of our limited space we shall reduce them to the three following: 1. It is contrary to common sense. 2. It is contrary to scripture. 3. Its origin is Pagan and fabulous.

These positions we will remark upon briefly in their order. 1. It is not very consonant with common sense to talk of three being one, and one being three. Or as some express it, calling God “the Triune God,” or “the three-one-God.” If Father, Son, and Holy Ghost are each God, it would be three Gods; for three times one is not one, but three. There is a sense in which they are one, but not one person, as claimed by Trinitarians.

2. It is contrary to Scripture. Almost any portion of the New Testament we may open which has occasion to speak of the Father and Son, represents them as two distinct persons. The seventeenth chapter of John is alone sufficient to refute the doctrine of the Trinity. Over forty times in that one chapter Christ speaks of his Father as a person distinct from himself. His Father was in heaven and he upon earth. The Father had sent him. Given to him those that believed. He was then to go to the Father. And in this very testimony he shows us in what consists the oneness of the Father and Son. It is the same as the oneness of the members of Christ’s church. “That they all may be one; as thou, Father, art in me, and I in thee, that they also may be one in us; that the world may believe that thou hast sent me. And the glory which thou gavest me I have given them; that they may be one, even as we are one.” Of one heart and one mind. Of one purpose in all the plan devised for man’s salvation. Read the seventeenth chapter of John, and see if it does not completely upset the doctrine of the Trinity.

To believe that doctrine, when reading the scripture we must believe that God sent himself into the world, died to reconcile the world to himself, raised himself from the dead, ascended to himself in heaven, pleads before himself in heaven to reconcile the world to himself, and is the only mediator between man and himself. It will not do to substitute the human nature of Christ (according to Trinitarians) as the Mediator; for Clarke says, “Human blood can no more appease God than swine’s blood.” Com. on 2 Sam. 21:10. We must believe also that in the garden God prayed to himself, if it were possible, to let the cup pass from himself, and a thousand other such absurdities.

The word Trinity nowhere occurs in the Scriptures. The principal text supposed to teach it is 1 John 5:7, which is an interpolation. Clarke says, “Out of one hundred and thirteen manuscripts, the text is wanting in one hundred and twelve. It occurs in no MS. before the tenth century. And the first place the text occurs in Greek, is in the Greek translation of the acts of the Council of Lateran, held A. D. 1215.” – Com. on 1 John 5, and remarks at close of chap.

3. Its origin is pagan and fabulous. Instead of pointing us to scripture for proof of the trinity, we are pointed to the trident of the Persians, with the assertion that “by this they designed to teach the idea of a trinity, and if they had the doctrine of the trinity, they must have received it by tradition from the people of God. But this is all assumed, for it is certain that the Jewish church held to no such doctrine. Says Mr. Summerbell, “A friend of mine who was present in a New York synagogue, asked the Rabbi for an explanation of the word ‘Elohim’. A Trinitarian clergyman who stood by, replied, ‘Why, that has reference to the three persons in the Trinity,’ when a Jew stepped forward and said he must not mention that word again, or they would have to compel him to leave the house; for it was not permitted to mention the name of any strange god in the synagogue.” (Discussion between Summerbell and Flood on Trinity, p. 38) Milman says the idea of the Trident is fabulous. (Hist. Christianity, p. 34)