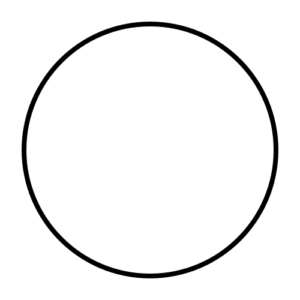 CIRCLE (sun disc, sacred hoop, ring): The Circle is an ancient and universal symbol of unity, wholeness, infinity, the goddess, female power, and the symbol sun. To earth-centered religions throughout history, as well as to many contemporary pagans, it represents the feminine spirit or force, the cosmos or a spiritualized Mother Earth, and a sacred space. Gnostic traditions linked the unbroken circle to the “world serpent” forming a circle as it eats its own tail. This is often used in occult symbology to represent the earth or completeness. 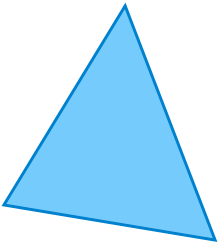 TRIANGLE or Pyramid. It is associated with the number three. Pointing upwards, it symbolizes fire, male power and counterfeit view of God. Pointing downward it is a symbol of the female womb. The illuminati uses it as a representation of the all seeing eye of Lucifer. This is clearly seen on the U.S. Dollar bill. Occultist use the triangle as a summoning symbol to summon spirits and demons from the underworld. At the culmination of a ritual, the desired being (familiar spirit) is expected to appear within a triangle inscribed. The occultist often performs his ritual from the protection of a circle. A circle is placed within a triangle when the witch or wizard wants direct communion with the spirit. 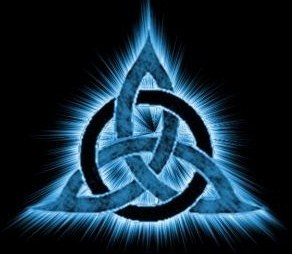 TRIQUETRA: The triquetra — with or without the circle — has been found on runestones in Scandinavia, in ancient goddess-oriented pagan groups, in Celtic manuscripts, and on early Germanic coins. It is associated with numerous mythical gods and goddesses and has been used as a protective charm by Wiccans when casting spells and practicing necromancy. Removing the circle leaves 3 interlinked sixes. Though recently used among ecumenical churches as a sign of the trinity, it is undeniable from the occult as it has been used by various pagan religions throughout history. The few pictures below are from the occult book of shadows and a trinity book for sale at the Adventist Book Center. 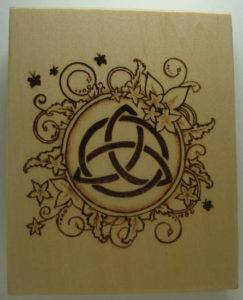 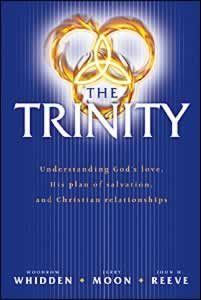 Now notice the similarity of the two symbols below. The first is from the druid occultist book. The second you will probably recognize. 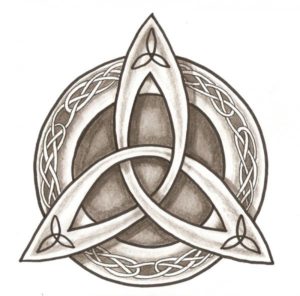 Now consider these symbols. Notice how the Wicca witchcraft star is embedded within the triquetra. 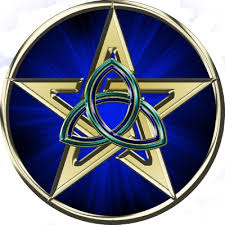 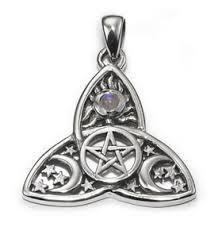 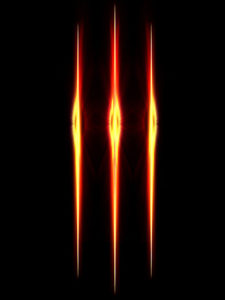 When three parallel lines are used in the new age, it is representing the channeling of energy. When these are seen as wavy line, they are seen to represent waves of change. To the masonic cults and Catholicism, holy water can also be represented by a series of three wavy lines. This water is connected to occult ceremonies, and is typically related to healing and purification. To occultist and mystics, holy water is used in nearly every spiritual path! Typically, holy water is regular water that has had salt added to it — an additional symbol of purification — and then a blessing is said over it to consecrate it. In many Wiccan (witchcraft) covens, such water is used to consecrate the circle and all the tools within it. This symbology is used by all organizations who are showing occult and masonic ties. These wavy lines are seen in many places today.

Lets look at one more symbol. The Letter A without the crossbar. This is used also by the occult and in free masonry representative of the male symbology and also the pyramid with its mystic all seeing eye on the top. This is a Luciferian symbol that is repeatedly found in masonic rites. It is seen in the compass found in the logo that represents of the Freemasonry. 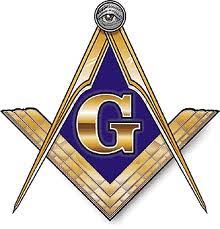 Note that the G in the center represents Lucifer (God). It replaces the crossbar that would be in the A. This is important as many replace the crossbar with representatives that ultimately point back to Lucifer. Below we see were several companies are doing this.

What about us. Why did the A in the Advent review be replaced with the masonic A crossed with three wavy lines. What do these three lines represent. It is on their logo at the top of their website as well.

When mystics and occultists design a logo, the blending of geometric shapes, elemental symbols and astrological, Wiccan, and Masonic occult signs are used. Each part is representing the various “elements” and forces needed for magical work in the quest for physical transformation and spiritual illumination and immortality. Many medieval alchemists based their philosophies on mystical traditions rooted in the Kabbala (Jewish mysticism), Hermetic magic and the occult practices of ancient civilizations such as Egypt and China. Now using what we have learned, consider this logo or symbol. 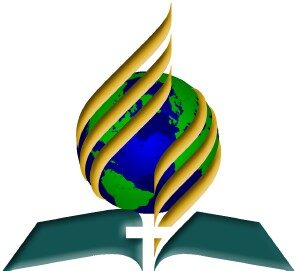 As you can see, the logo is laid out in a triangle or pyramid shape facing up. Within it is a circle or earth. We are clearly shown that this symbology is a representation of male (supernatural Luciferianism) and female (sacred mother earth) powers joined as seen often in new age and witchcraft fertility rites. Remember that the triangle is also prominently used for summoning familiar spirits and demons in the occult and witchcraft practices. What is being summoned in this triangle is appearing as three wavy lines of flame wrapping around the “protective circle” of mother earth, representing the baptism in holy water and fire by whatever is being summoned. It should also be noted that the general shape is that of a triquetra which is a symbol used heavily in pagan religions and the occult. The triquetra, without the circle, is seen on many of the NKJV bibles with its unmistakable interlinked 666. What message are we sending the occultists, masons, Jesuits, and Wiccans with this logo? This SDA logo also shows prominently the four mystic elements of earth, wind, fire, and water. Now consider the cross placed within these. It is a clear reference pointing to the new age cosmic Christ who it is believed exists in the “Ether” that binds it all together (pantheism). Thus this logo is a symbol of the false holy spirit of Lucifer being summoned into the world as the cosmic Christ. One might say that this is all just happen stance by accident. If so, should we not even avoid the appearance of evil and return to the three angels that once truly represented our message to the world. It was distinct and unmistakable.

“God has called His church in this day, as He called ancient Israel, to stand as a light in the earth. By the mighty cleaver of truth, the messages of the first, second, and third angels, He has separated them from the churches and from the world to bring them into a sacred nearness to Himself. He has made them the depositaries of His law and has committed to them the great truths of prophecy for this time. Like the holy oracles committed to ancient Israel, these are a sacred trust to be communicated to the world. The three angels of Revelation 14 represent the people who accept the light of God’s messages and go forth as His agents to sound the warning throughout the length and breadth of the earth. Christ declares to His followers: “Ye are the light of the world.” To every soul that accepts Jesus the cross of Calvary speaks: “Behold the worth of the soul: ‘Go ye into all the world, and preach the gospel to every creature.'” Nothing is to be permitted to hinder this work. It is the all-important work for time; it is to be far-reaching as eternity.” 5T 455-6

Fellow SDA members, AWAKE! The enemy is upon us.